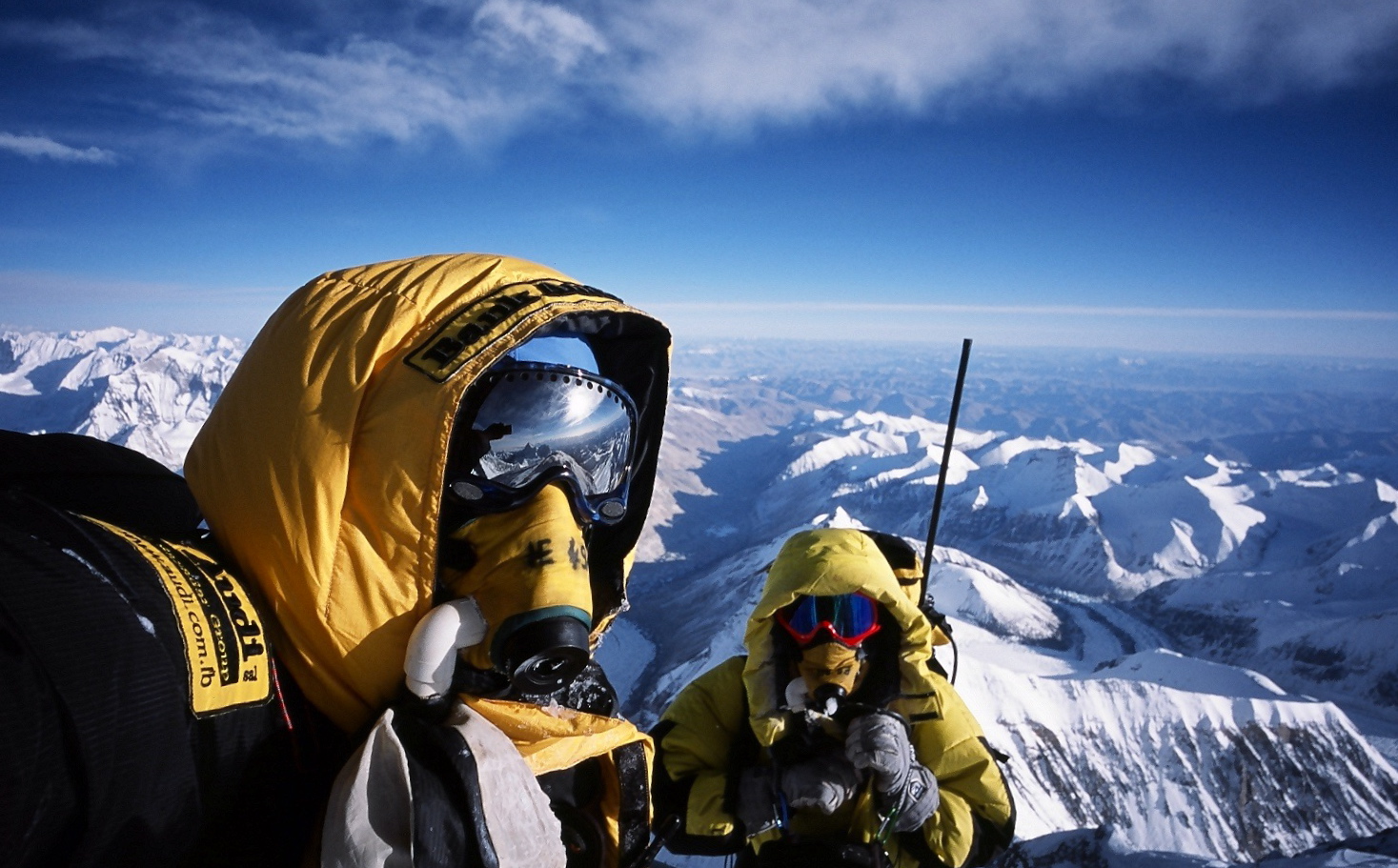 “There is an Everest for Everyone.”

It all began from an unfortunate crash while leading an international mountain bike stage race in Kenya. The next year, after surgery, rehab and training, Max returned to Africa for some unfinished business there. He won that race, and was subsequently invited to climb Kilimanjaro. The rest is history…

And when you have reached the summit...

According to Lebanese poet & philosopher Gibran Khalil Gibran, it is only when you reach the summit that the climb begins. Following his success on Everest in 2006, Max went on to ski to both poles, row across the Indian Ocean and cycle the Arabian Desert North to South. Max says there’s more to come soon, so stay tuned!

Giving back to the community...

More important than one’s individual achievements is how the successes (and failures) are used to inspire others to be the best version of themselves – despite whatever obstacles happen to be in the way. Max believes that there is indeed an ‘Everest’ for everyone and he endeavors to inspire others to find it and climb it. 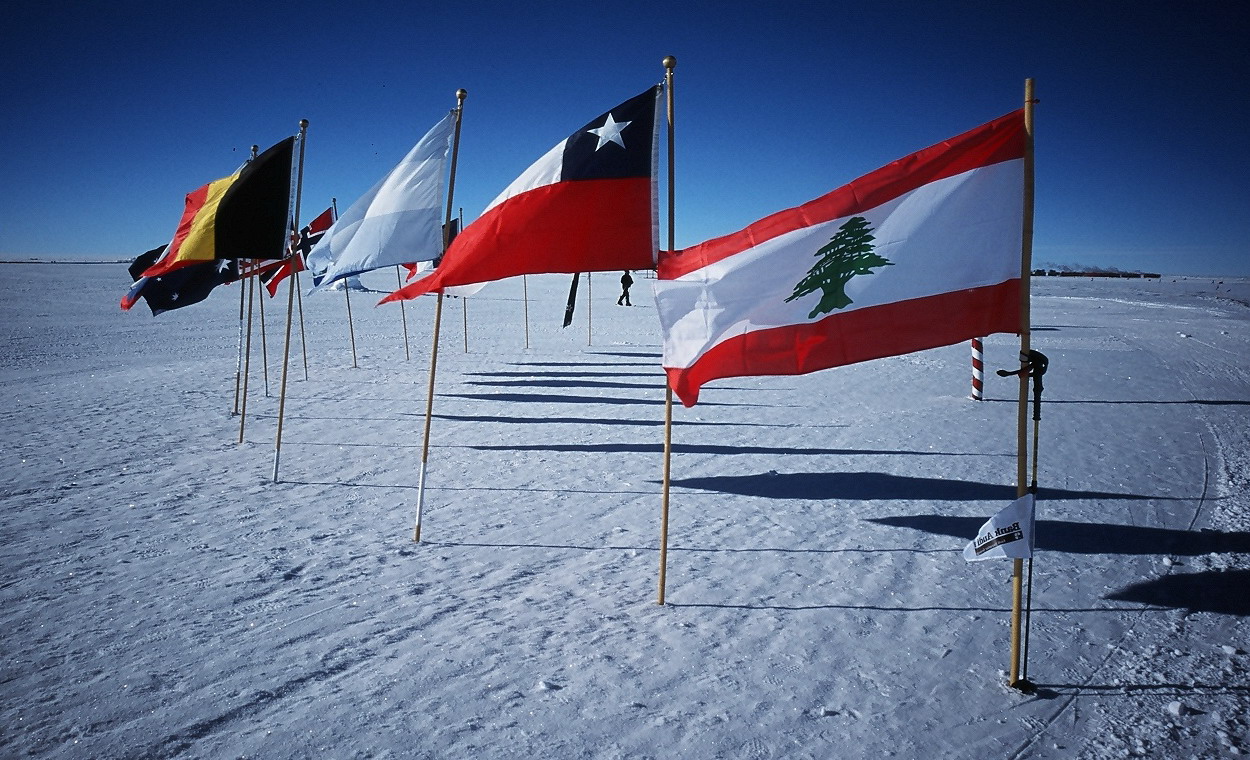 Among the companies Max has addressed… 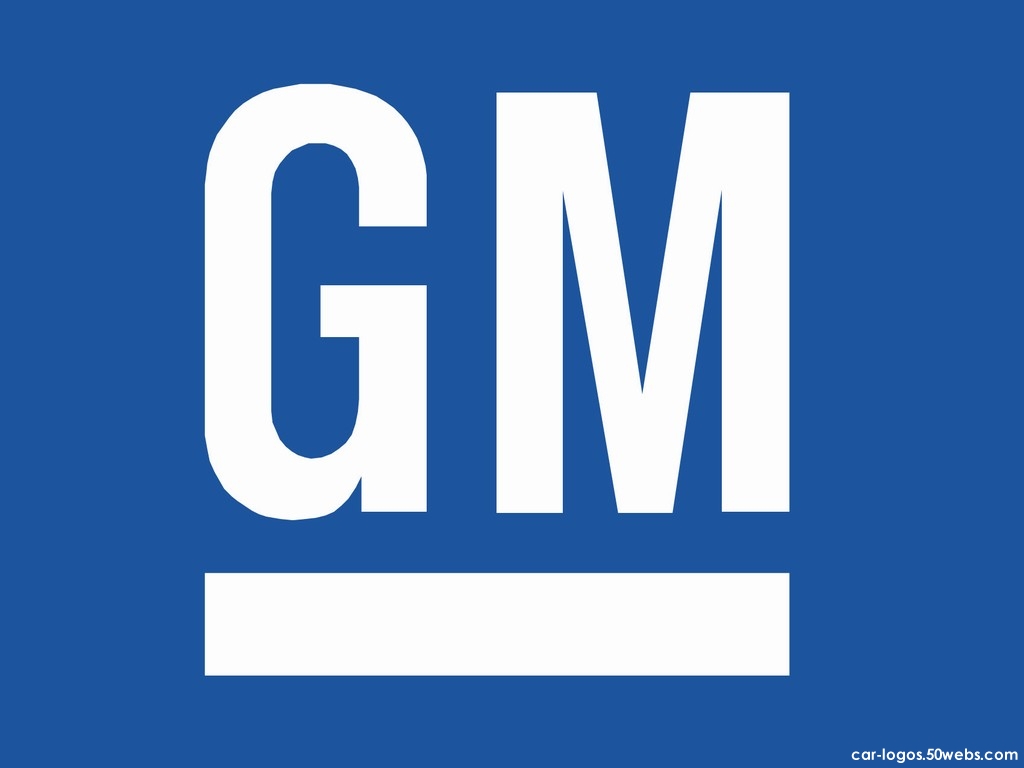 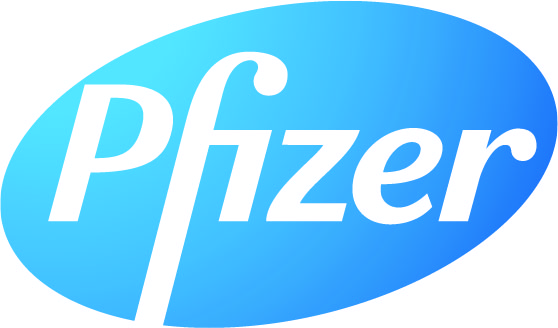 Reach out to Max

After recovering from his 'Everesting for charity' in Oct. 2020, Max felt like pushing that cycling concept further.
Having climbed the actual Seven Summits on foot, Max, who is a biker at heart, conceived the following challenge:
pick seven hill segments, anywhere, then cycle up and down each hill on seven consecutive days.
Repeat the required number of times until, every day, the total positive ascent equals the altitude of one of the Seven Summits.
Note 1: 'Everesting' is an activity in which cyclists ascend and descend a given hill multiple times, in order to have cumulatively climbed 8,848 m (the elevation of Mt. Everest).
Note 2: The Seven Summits are the highest peak on each continent (Kosciusko version).
Note 3: The week can commence on any day - with each day starting at midnight.
Note 4: The order of the summits is discretionary.

At home… on planet Earth

The places Max has visited… 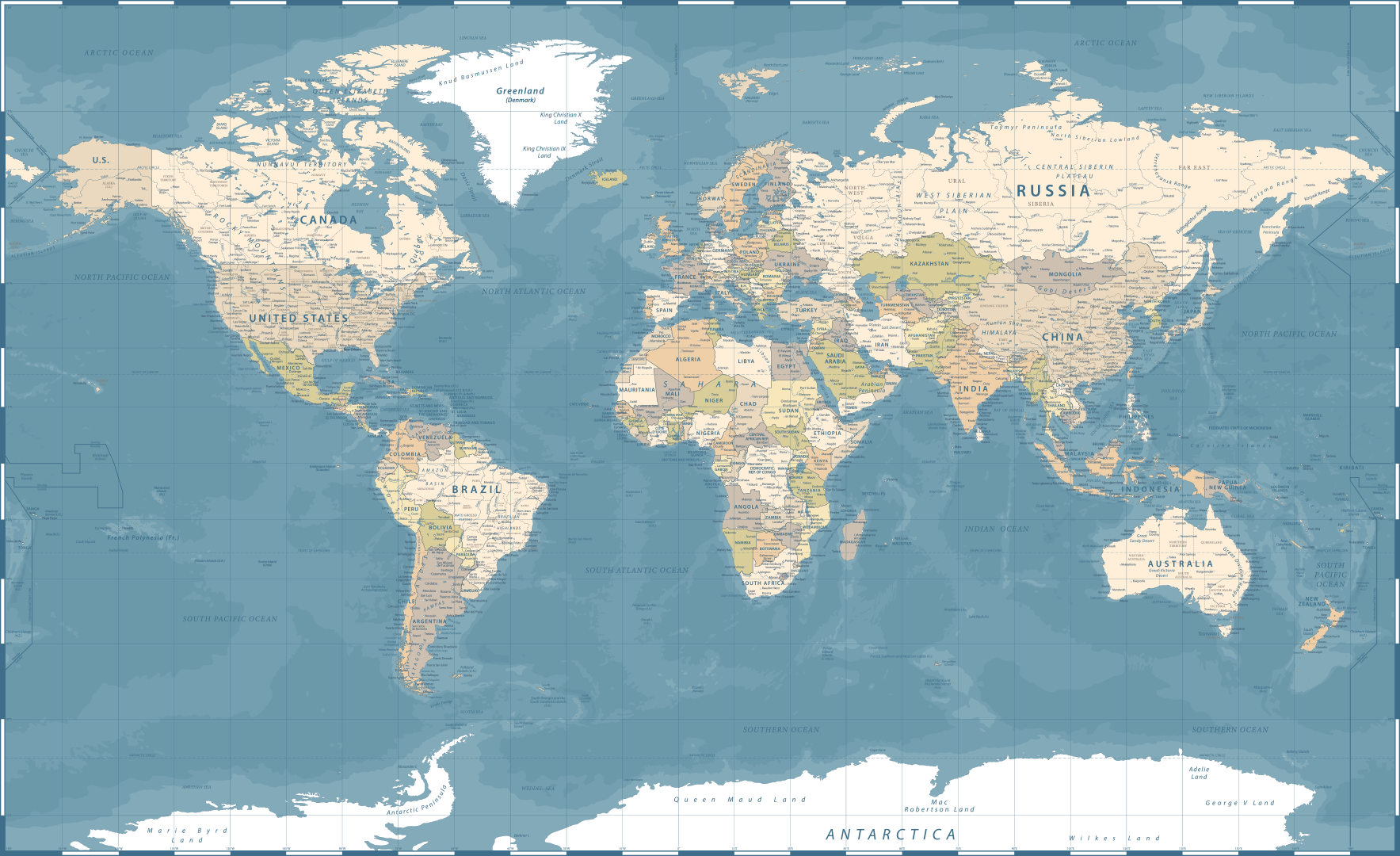 Max’s first taste of the high mountain after winning a mountain bike stage race in neighboring Kenya, back in Sept. 2001. It is on his trek back from the Kilimanjaro summit that he finds out about -and challenges himself to attempt- the Seven Summits.

As preparation for Denali, Max takes an RMI mountaineering course on Rainier and summits the the most extensively glaciated volcanic peak in the continental USA; in May 2003.

‘The Great One’ is what Denali means in Athabascan. As the second toughest on the list , Max decided to kick-start the Seven Summits project with North America’s highest peak; in June 2003.

At 8,201 m, Cho Oyu is the world’s sixth highest mountain and ideal preparation for Everest.  was Max’s first peek into the death zone; in Sept. 2003, three years before attempting Big E.

Failed a year earlier, Max headed back to the Andes in Jan. 2004 and this time succeeded in standing atop Earth’s highest peak outside of Asia and its loftiest in the western and southern hemispheres.

At 2,228m This is the ‘disputed 7th summit’. On the Australian continent, it figures on the Seven Summits list Richard Bass postulated in the 80s. In March 2004, summit day was a straightforward hike albeit surrounded by rich Australian vegetation.

Located in New Zealand’s South Island, this 3,000m technical peak, also named Tititea -meaning ‘Glistening Peak’ Maori, is a small but technically challenging climb. No wonder it is also referred to as ‘The Matterhorn of the South’. Summit day was March 2004, right after Kosciuszko.

A° is a measure of distance. It is 60 nautical miles, approximately 110 km. Max, together with a team of Norwegians led by Borge Ousland, skied the last degree and made it to the north pole in Apr. 2004.

Located in Pakistan’s Karakoram range, not far from K2, Gasherbrum is one of the select group of Earth’s 14 peaks that exceed 8000 m.  Unfavourable conditions in July 2004 meant Max had to abandon his summit bid. The lessons learned from that ‘failure’ would prove essential for his success on Everest two years later.

As the highest peak in Antarctica, our planet’s southernmost continent, just getting to the base of Vinson Massif is an adventure on its own, more challenging than its proximity to the pole and the extreme cold. Max climbed it in the austral summer of 2004, summiting on Boxing Day.

Like the North Pole a year earlier, this last degree one-week trip in Dec. 2004 was intended to acquire ‘cold weather techniques’ for Everest 2006 and preparation for Max’s much longer and tougher all-the-way expedition to the geographical South Pole planned for Q4 of 2008.

On his way to Ama Dablam (hotspot No.11), itself preparation for nearby Everest a year later, Max went on to climb Island Peak in April 2005.

No doubt the steepest, most dangerous climb for Max to date, Ama Dablam, in April 2005, proved to be great technical altitude-climbing training ahead of the Everest attempt a year later.

As the highest peak in Europe, Russia’s Mount Elbrus is always a fun climb (unless the Caucuses weather-Gods think otherwise…) The July 2005 ascent was Max’s second Elbrus summit, on backcountry skis this time.

As the emblem for Switzerland (and Toblerone chocolates), the iconic Matterhorn is arguably the most technical climb in the Alps, vying with Mont Blanc as the most famous mountain in Europe. Max climbed it in July 2005, also as preparation for Everest.

Included on Reinhold Messner’s Seven Summits list, the Carstensz Pyramid, at 4,884 m, is way more challenging than Kosciuszko, the other ‘disputed 7th summit’. It was Dec. 2005 when Max climbed it with Christine Boskof (RIP) Less than a year before her tragic death on an unclimbed peak in China.

Known as “Goddess Mother of the Earth” to the Tibetans, and “Goddess of the Sky” to the Nepalese, Everest (8,850m)  is the highest in the world, and stretches the limits of even the finest climbers. Max was very thankful to succeed on his first attempt in May 2006 – the second deadliest year on record.

South Pole (all the way)

Four years after skiing the Last Degree to the South Pole, Max went on to do the same, only all the way from the Hercules Inlet on the Antarctic coast this time. Unassisted and unsupported, the team made it to the Scott-Amundsen South Pole station in Dec. 2008, after 58 days on the ice, constantly fighting katabatibc winds.

North Pole (all the way)

Five years after skiing the Last Degree to the South Pole, Max did the same, but all the way from the Canadian coast. The journey was Max’s toughest and most dangerous to date. The three-man team made it to the pole on April 25, 2009 after 57 grueling days on the floating ice.

The second largest stretch of water on our planet, the Indian Ocean is arguably the most hostile. Despite multiple life-threatening problems, the journey from Geraldton (Western Australia) to Cap Malheureux (Mauritius) in Aug. 2013 took Max and his two crewmates 57d, 15h and 49m, an ‘officially amazing’ new Guinness world-speed record.

The largest sand desert of our planet and arguably the most beautiful (and treacherous), the Empty Quarter -or Rub’ al Khali- was never crossed on a bicycle. Max and his long-time friend and teammate Steve (UK) did it in Dec. 2016. Cycling on fat bikes, it took 21 days to reach Salalah – Oman from Abu Dhabi – UAE.

Literally ‘Father of Ice-Mountains’ in Uyghur, Mustagh Ata impressively stands alone, North of the Himalayas, hence its reputation of being a cold mountain. That, coupled with the high altitude and the unpredictable weather make it a serious challenge for even the most experienced climbers, let alone backcountry skiers.

“There is an Everest for Everyone”

Lebanon’s foremost sportsman and adventurer, Maxime Chaya was the first person from his country to hoist its flag atop Everest (2006). Besides achieving the Seven Summits -the highest mountain on every continent- Max also skied to the South Pole (2007) and North Pole (2009), unassisted and all the way from the coast.
Max then took to the high seas and, together with his two crew-mates, he rowed across the Indian Ocean (2012), earning a Guinness World speed record. Then, Maxime fell in love with the desert and together with his ultra-endurance teammate, went on to complete the first unassisted crossing of a sand desert on a bicycle: the Empty Quarter (2016).